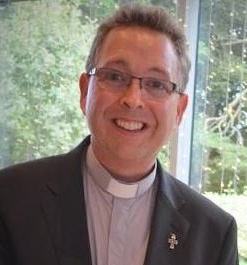 Pentecost Sunday is the seventh Sunday after Easter. The name is derived from the Greek word Πεντηκοστή Pentēkostē meaning “fiftieth” as Pentecost always takes place on the 50th day of Easter.

The First Pentecost occurred when the apostles were inspired to speak in tongues after the Holy Spirit descended on them and Mary in the upper room, as they prayed together, Upon hearing the unfamiliar language spoken, the gathered onlookers believed them to be drunk. But,  Saint Peter explained they were in fact inspired by the Holy Spirit. He then delivered the first Christian sermon, outlined in the Acts of Apostles (2:14-36) where he stresses the resurrection and exaltation of Jesus — that Jesus died and rose again, and he is now seated at the right hand of God the Father in Heaven. This sermon led to the conversion and baptism of 3,000 people. It is this sermon that many believe was the birth of the Christian church.

As an Easter people who truly believe in Christ’s death and resurrection, I pray that the Holy Spirit will continue to guide us in the true knowledge, understanding and love of God all the days of our lives.

The Archdiocese of Detroit encourages Mass-goers, regardless of vaccination status, to wear face-coverings and to practice social distancing to reduce exposure to COVID-19