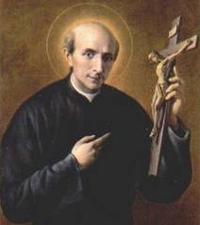 “The Charity of Christ urges us on”

Saint Vincent Pallotti was born in Rome on 21 April 1795 and ordained a priest for the Diocese of Rome on 16 May 1818. He believed that the clergy, religious and laity had a responsibility to proclaim the Good News. As a priest he reformed clubs and religious organizations, organized evening trade school classes, served as Spiritual Director of several Roman colleges, served as Pastor of Holy Spirit, the Neapolitan National Church, and promoted the apostolate of the press.