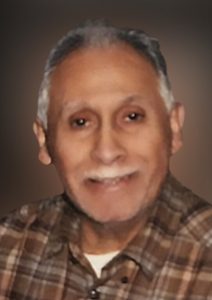 Sal was a loving, kind and generous man. He had a very strong religious faith and was devoted to his family.  For many years he worked two jobs to support his family and send his daughters to college. He cherished and was adored by his 4 grandchildren and was very active in raising them.

He was a longtime barber in Wyandotte and owned 2 different shops, one at the south end and later one on the north end of town.  Everyone knew and loved “Sal the Barber”.

Sal and Gloria were active members of St Patrick’s parish in Wyandotte and he served as an usher for several years.

Sal was a talented soccer player and played with several local clubs, including Club Germania. He loved gardening (he had a very green thumb), playing guitar, singing, taking his family on vacations and tinkering in his garage.