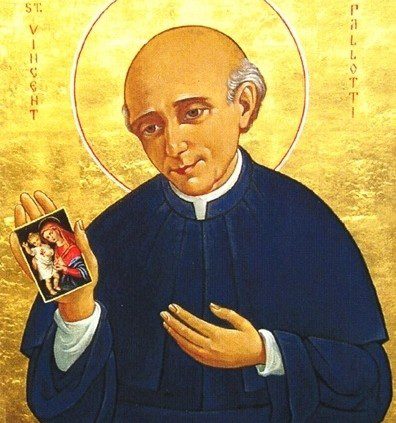 Join us for the 12 Mass on Friday, January 22 at St. Joseph Catholic Church, Wyandotte as we celebrate the Feast Day of St. Vincent Pallotti.

St. Vincent Pallotti, born in Rome in 1795. St. Vincent became a priest and dedicated himself completely to God and cared for souls. To this end he inaugurated a revolutionary program which envisaged the collaboration of the laity in the apostolate of the clergy. But St. Vincent was also well aware of the many deprivations in the natural sphere that hindered the spread of the Faith. He thus obtained and spent huge sums for the poor and underprivileged. He founded guilds for workers, agriculture schools, loan associations, orphanages and homes for girls – all of which made him the pioneer and precursor of Catholic Action. His great legacy was the congregation which he founded for urban mission work, known as the “Society for Catholic Action”. This indefatigable laborer for Christ in 1850 from a severe cold which he most likely caught on a cold rainy night after giving his cloak to a beggar who had none.

His followers are the Pallottines, still operating internationally. They follow his motto, “The love of Christ impels us”. Members of the Society of the Catholic Apostolate work as everyday missionaries to “renew faith and rekindle love.” They work to fulfill the mission of their founder in the modern world. The Pallottines have major houses in Britain, Germany, New York, Poland, India, Ireland and several other locations.